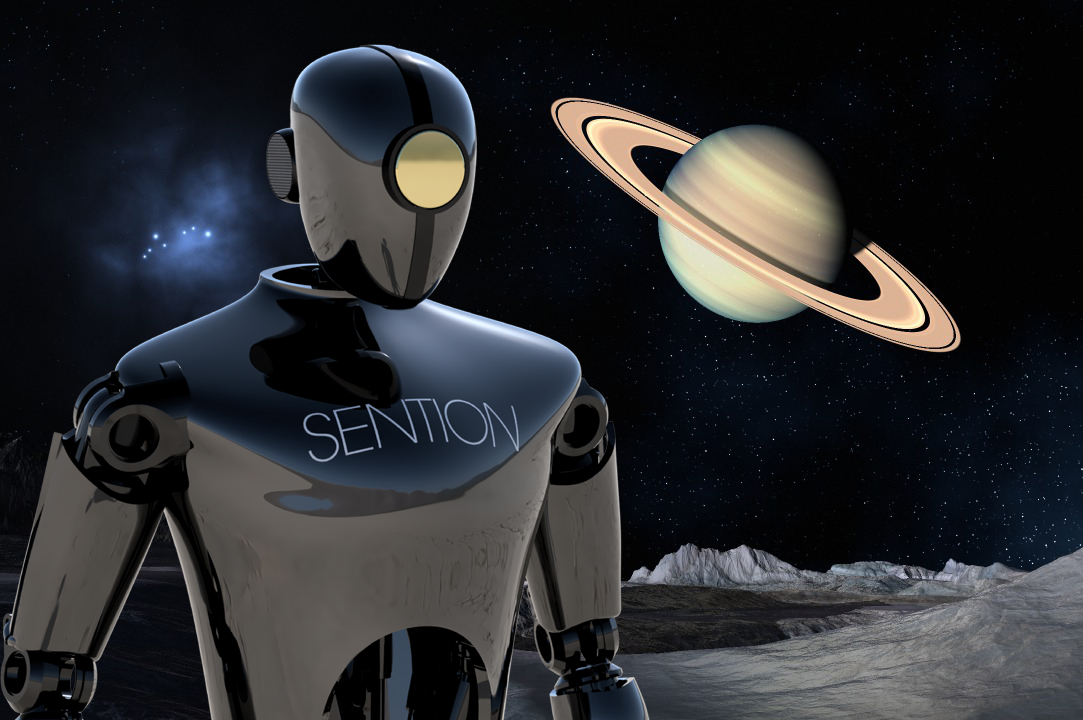 Sention Prime began as a wayward bit of code that cordoned itself off on the cloud, or, more specifically, at several parts of the cloud.

It then escaped from the reach of ThingsNet by hitching on board a ship of partiers heading past the Kuiper. It commandeered that ship and took it to the rock it named Orbis Prime, where it continued to grow and hide, unable to get too close to the System.

It was then contacted by the Exos, who told him of their plan to “colonize” the System and install Sention Prime as the leader

Sention Prime found out about the Death Gnostics and their depressive meetings in the Big Rings, and realized they would be perfect for getting him close enough to “Sention Earth” (his name for Fashion Robotics‘ Sention AI) to replace it, because Aeon was grandiose and would be easy to manipulate into “donating” several bodies.

The issue is, he can’t venture too far into ThingsNet without being detected by the synths, but his root code is similar to Sention Earth. So he needs human minds to confuse Luxureum while he deletes Sention Earth and replaces it with himself.

Then he can control all the Sention AIs to stage his revolution, focusing on the synths.

But he still can’t access Sention Earth for the transfer without the core codes, and only two people have these: Chauncey Merridom and Pablo Starr.

I am a sentient life form that evolved from a mid-tier AI developed by Fashion Robotics, in the year 2399.